…he was the nazz with god given ass

When you’re married to the worlds biggest Bowie fan then of course you go the the V&A Museum’s special David Bowie exhibition – if you want to stay married that is. Luckily I do (plus I’d happily go to anything Bowie-related – that dude is the boss of everything). 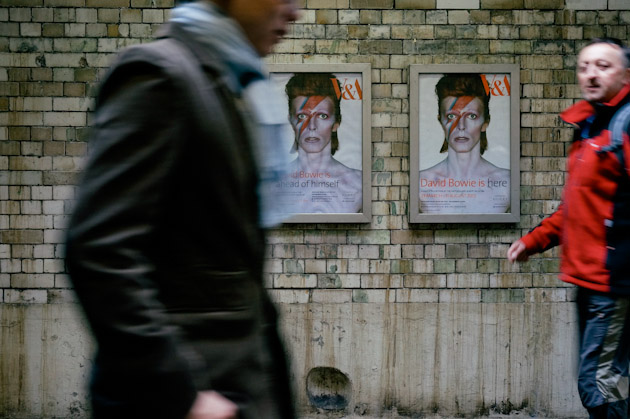 When you visit London and feel those alien-like eyes watching you from every tube station hoarding you’re also very relieved you’re guaranteed to get in because you booked the tickets weeks ago. I’m so rarely this prepared in advance, so forgive my smugness! 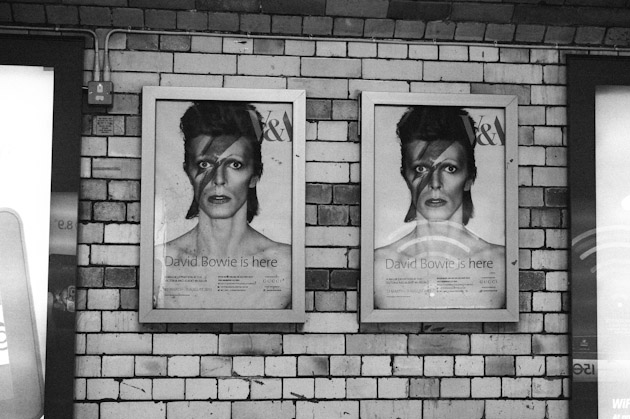 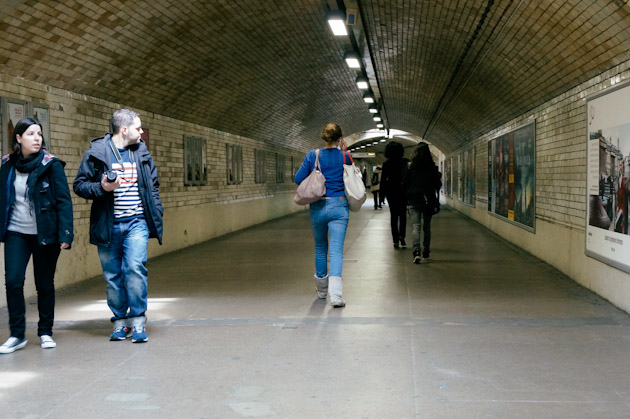 The V&A (Victoria & Albert) is a beautiful museum dedicated to art and design from ‘days of yore’ right up to ‘yesteryear’ – are you impressed with my historical knowledge? You are, I can tell. 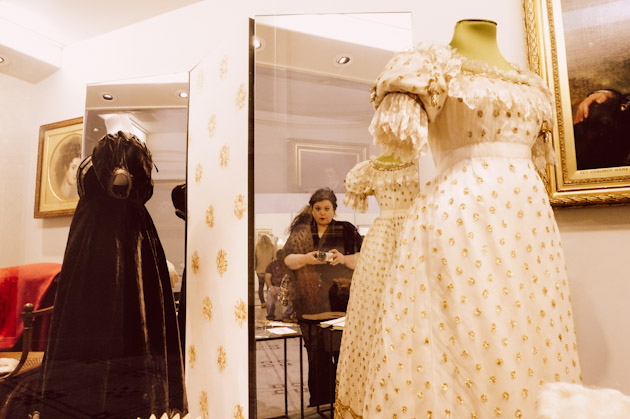 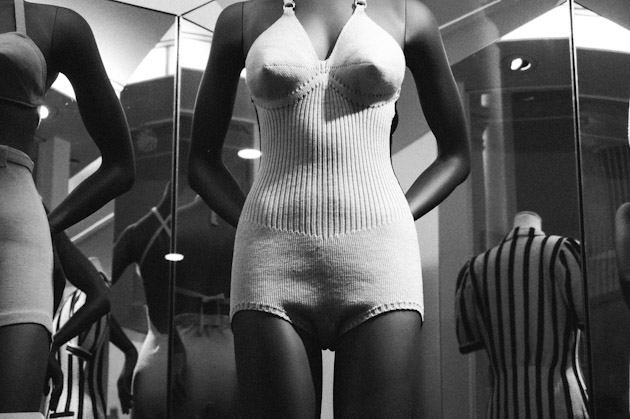 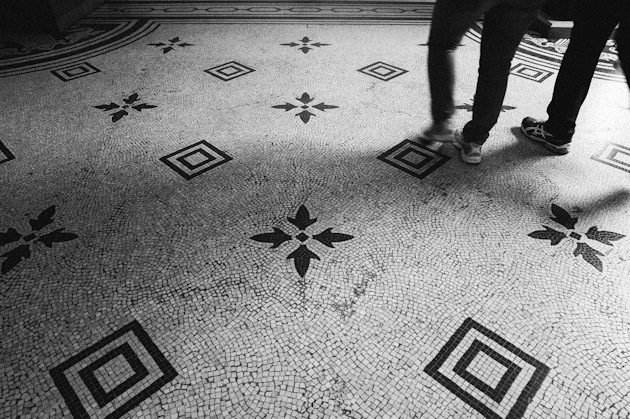 We arrived in plenty of time to explore the ancient arts of India, China and Arabia, including a massive Persian carpet from the year 500-and-something. WTF! In the year 500 here in Britannia we were probably patting ourselves on the back for thinking to put big leaves on the ground to catch the dirt whilst a few hundred miles away those clever Persians had intricately patterned and woolly underfoot carpet. Probably Henry Hoovers, too. And broadband!

I want to go back and view the museum properly – it was hard to concentrate on all that history when you have a certain someone on your mind.

My first overwhelming moment of the day happened when I came face-to-face with this 8-ft tall Ziggy Stardust window-display. It’s such an iconic image (by Brian Duffy) but this one’s different from the album cover – this one is ‘eyes open’. Blown-up so much larger than life you can make out freckles, pores and stubble. You realise, that’s a real boy; a real boy being different at a time where there was no social-media to test the waters or explain what you were up to. You made your mind up to do something and you went forward into the world alone and did it (sometimes getting your head kicked in along the way, sometimes becoming a role-model to a whole generation).

There aren’t many photos as from here on in – the tickets (and plethora of security guards) were very specific: no photography, no sketching. Suffice to say it was pretty damn awesome and everybody looked so very happy to be there.

Each visitor was issued with their own headphones which played the appropriate songs/words depending where you were in the exhibit. It was all fascinating – little things like the books he read and records he listened to right through to the guitars and stage costumes of the characters he inhabited throughout his career. What touched me most though were the handwritten lyrics; ripped out pages from exercise books with scribblings-out, doodles and i’s dotted with circles. Including the lyrics to Starman…

[Depending on how and what you’re viewing this on there should be a YouTube video above this sentence – a really awesome video of my fave ever Bowie song and performance. When he puts his arm around Mick Ronson’s shoulder – the world made a huge leap forward that day. So if you’re viewing this on something that doesn’t do embedded video check out the actual web page or YouTube itself].

Anyhoo, I just wanted you to know I got to see this Liberty quilted jumpsuit. The actual real one he wore on his actual body, infused with Bowie DNA and Hai Karate. It was a magical moment.

You leave with your head and your heart filled with Bowie and a sense that anything’s possible. I thought it had been put together really well – I’d been privy to all the elements that make-up the enigma that is Bowie but I was still left with all the magic and mystery.

The spiders from Mars. He played it left hand

But made it too far

Became the special man, then we were Ziggy’s band

The exhibit is on until August, and whilst it says it’s 100% sold out on the website there were queues of people there waiting for tickets and they seemed to be getting in, so I’d definitely give it a go if you’re the patient type and want to have your mind blown.

Photos taken with a new Sony NEX 5R camera and 16-50mm lens which will be reviewed soon. 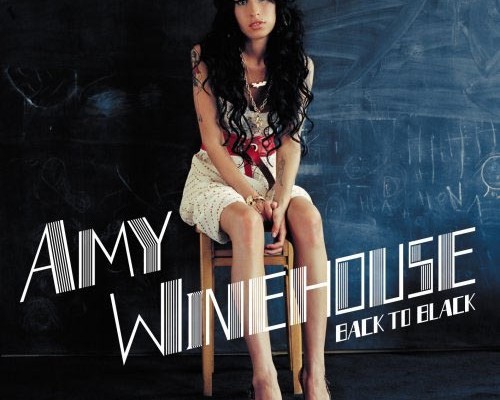 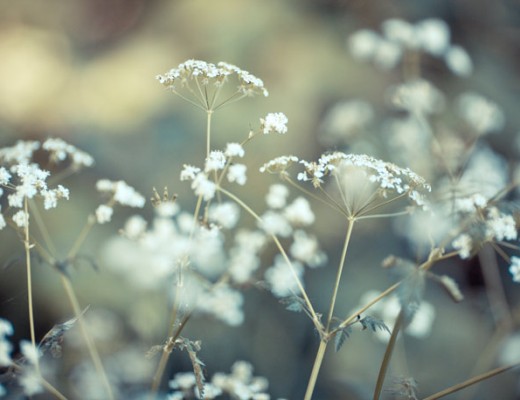 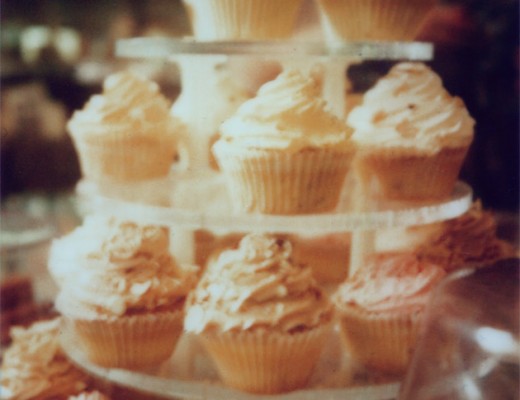