The best of both worlds?

I couldn’t resist. I love my Diana+ camera, but dammit I’m impatient! Not only can I not see my shot the second after I’ve taken it, at the end of the day I still can’t see anything, I have to send the film off the to the lab and wait for three days and only then do I see the magical combination of 120 film, light (including leaks) and a plastic lens. Ok, ok, it’s worth the wait, film IS great, but I want it NOW! 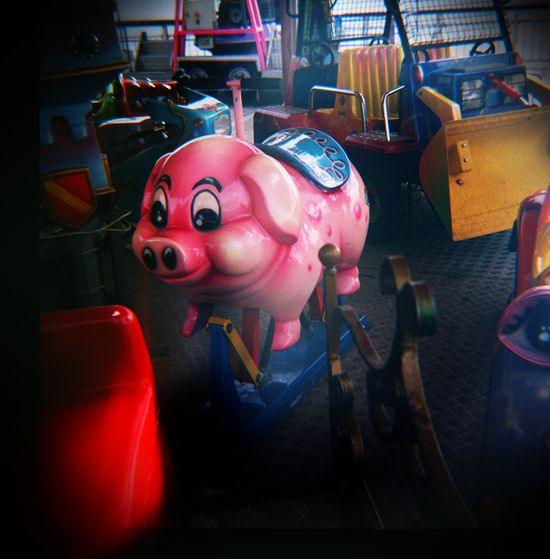 Now though, there is another way. I purchased an adaptor that fits onto my (or any) Canon EOS SLR (there’s a Nikon version too). This means… in theory I should be able to get all the platic lens marvelousness along with all the convenience of digital. How cool! I also bought a fish-eye lens – I was ready to rock ‘n’ roll.

So – I got home from work and there it was, all exciting in its lovely packaging. There wasn’t much light but like I mentioned before, I’m not a patient person, so into the (almost) night garden went I. The adaptor fitted beautifully. The lens fitted to this adaptor… okayishly. So long as I was careful when twisting the lens to focus then it shouldn’t fall off. It’s a zone focus (which means you choose one of 3 distances for focus – there’s nothing in between so no fine tuning) so it’s just a matter of dial, point and shoot! 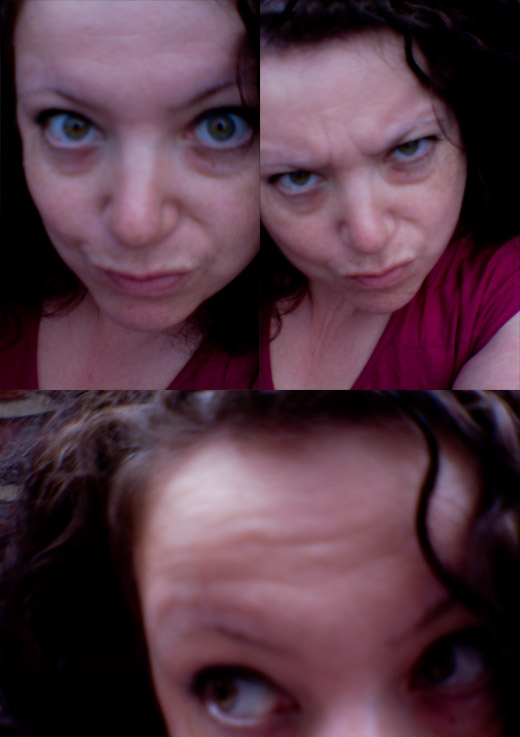 Now. I will say from the off that I am sure the whole effect of the platic lens and especially the fish-eye version I purchased will produce much better results on a film SLR camera or a full-frame digital camera. I have a cropped sensor (a Canon EOS 40D) so this I am sure is why the fish-eye isn’t very fishy and of course the vignetting is almost non-existent (not without a little help from my camera RAW settings).

Canon 40D, Diana+ SLR lens adaptor and 20mm fisheye lens
A good demo of how the distortion you’d expect with a fisheye lens if not as dramatic with a cropped digital sensor digital SLR

It does give a nice soft effect though and you can definitely see the plastickiness of the lens in the corners. I do like it. I do. It won’t replace my Diana and my medium format film but it’s something else again. Plus of course I now have a great fish-eye lens to try out on my actual Diana+ camera. Now… where’s that film…