I’ve been off the radar so far as the internet and social media goes for a few days which was a wrench at first and then transitioned into a great relief. It has been quite bizarre to pop the radio on for the news and not have a clue what the lead story would be (I’m normally glued to BBC rolling news one way or another). Thankfully all this wasn’t due to any great technical disaster or mis-hap, I just happened to have lots on non-computery things to do. I’ve been itching to get back though, so ta-da! Here I am!

One of those things to do was to bake a mega-batch of chocolate brownies which, even if I do say so myself, turned out super-fantastically-awesome and were a big hit at my Mum’s birthday bash. In a bid to actually use my camera after dark and practice with my flash-gun I photographed the process (there’s only a little bit of chocolate on my camera now). 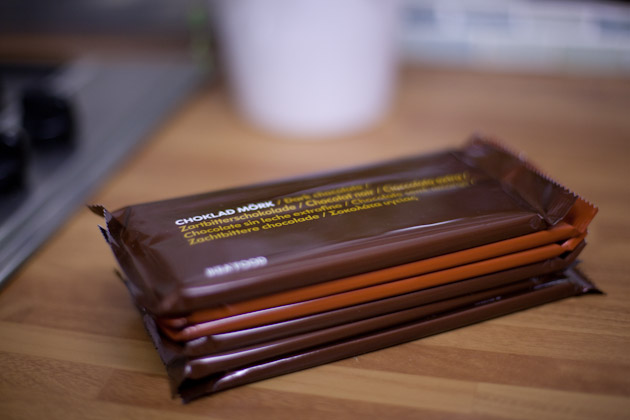 As well as tasting fabulous this I love this recipe as it does not involve any of the three steps in baking that I loathe, namely; creaming butter and sugar, sifting or getting the food-processor out of the cupboard.

(Based on St. Nigella’s ‘Snow-Flecked Brownies’ from her ‘Feast’ recipe book)

Makes 32 brownies (feel free to halve this recipe, but you WILL regret it)! 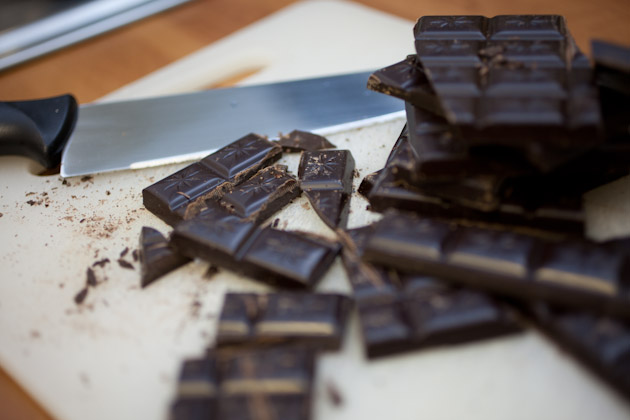 2} Line the sides and base of two small or one large baking tins with baking parchment (I have two square tins that are 25x25cm each – they doesn’t need to be exact though, or even square). 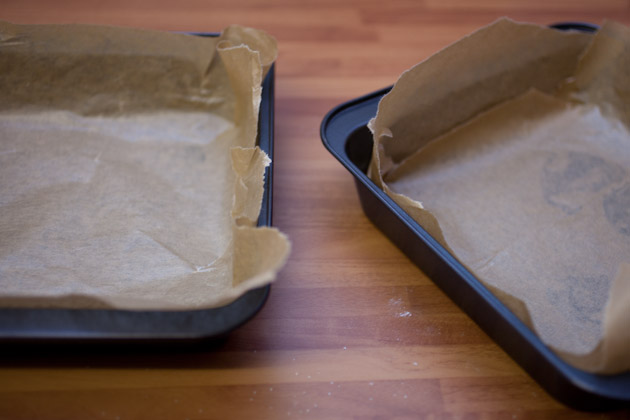 3} Melt the butter and dark chocolate together in a large heavy-based pan over low heat. You can do this directly in the pan – no need for a double-boiler – use a biggish pan, there’s more going in later.

4} In a bowl, beat the eggs together with the sugar and vanilla extract. Allow the chocolate mixture to cool a little, then add the egg and sugar mixture and beat well.

5} Fold in the flour and salt. Then stir in the chunks of milk chocolate. Beat to combine then scrape and pour the brownie mixture into the prepared baking tins.

6} Pop tins into the oven. Over all baking  time will probably be about 25 minutes, but start checking after 15 minutes. You can tell when the brownies are ready because the top will start drying and look a paler brown and cracked, while the middle remains dark, dense and gooey. 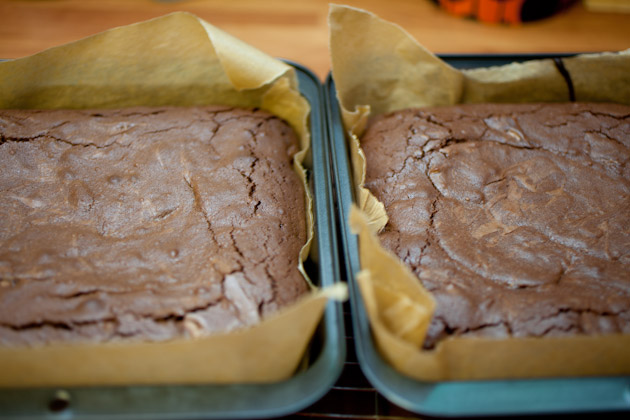 7} To serve, cut into squares while still warm and pile up on a large plate, sprinkling with icing sugar pushed through a small sieve. 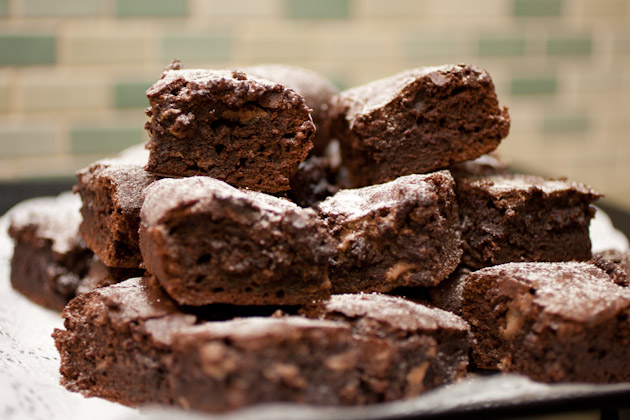 PS – as a side-note: the chocolatey mix of butter and sugar you end up with in step 3 is exactly what I wish they’d used as the chocolate river in Willy Wonka’s Chocolate Factory – that was the only bit of that film that disappointed me (the proper version with Gene Wilder). 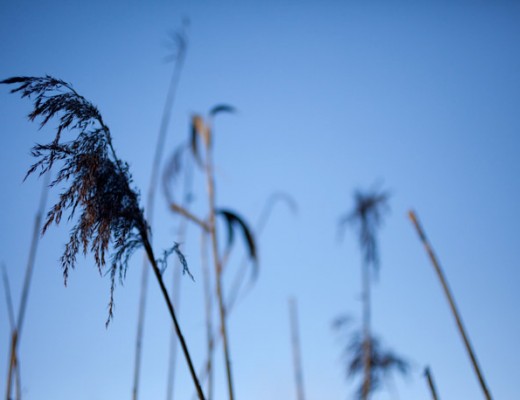 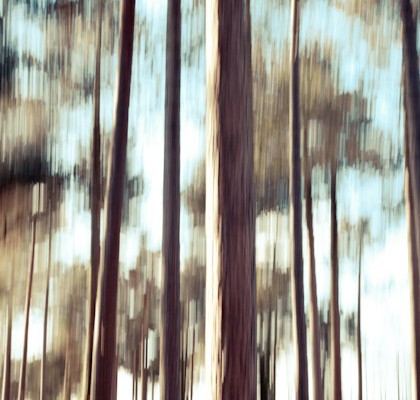 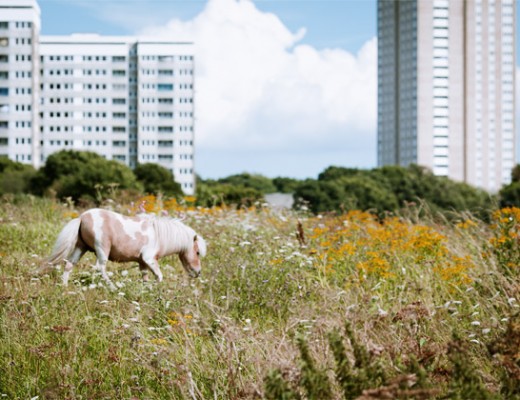